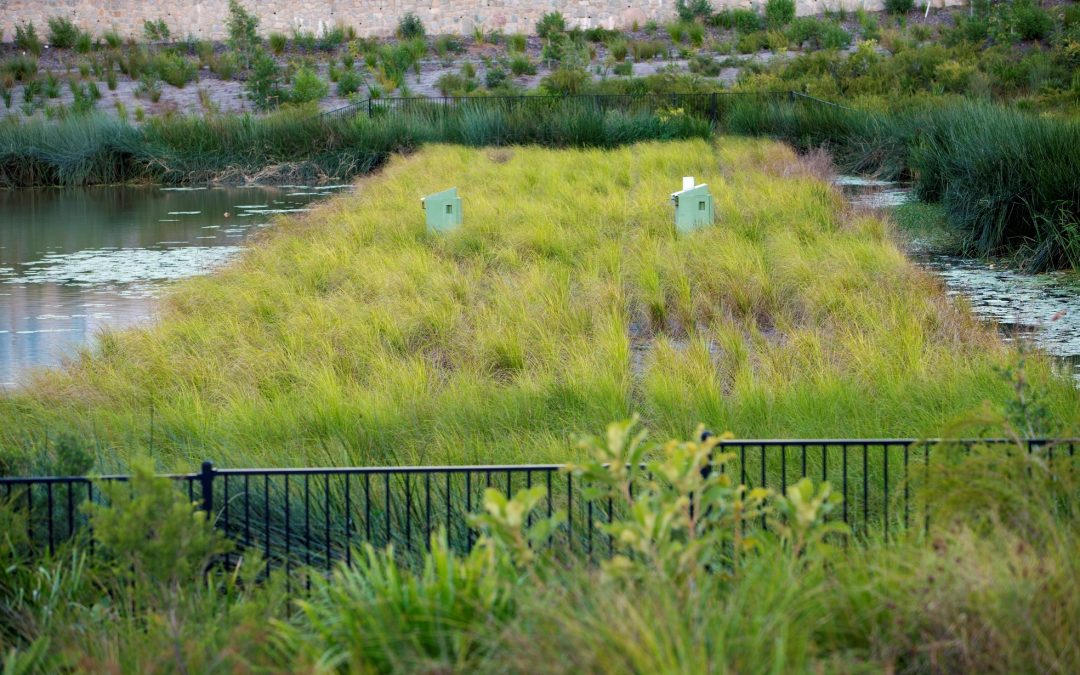 The success of Parklakes 2’s floating wetlands is recognised around the globe and three years after its installation the interest is as strong as ever.

From France to Malaysia, Bangkok to Prague, the wetland system is major talking point at leading conferences on stormwater treatment.

Covery Associates environmental manager Dr Chris Walker, one of the lead consultants at the helm of the wetlands project, says it was the first ever floating wetland established in a greenfield development.

Chris even goes as far as saying, “Nothing on this scale has ever been done in the world, and to this day it is still the largest stormwater treatment floating wetland in the world.”

“We have found the floating wetlands to be a highly adaptable system that can function quite efficiently, treat water effectively, and require a very small footprint.”

As well as providing environmental benefits, the wetlands system added a surprise that no one initially expected.

“The lake system, which wouldn’t exist without the floating wetlands, help cool the breezes that run through the community,” Chris said.

“As a result of using the floating wetland approach, Parklakes 2 has three central lakes. This has created a greater water surface area, which has a cooling effect in the estate – it wasn’t something we planned, but it was a nice surprise.”

The collaboration project with the developers of Parklakes 2, Sunshine Coast Council and the University of the Sunshine Coast included a scholarship for a PhD student to help monitor the system.

“This is leading research for the scope, scale, and type of development that has ever been done before, with most research to date only relating to small wetlands or in labs.”

Residents at Parklakes 2 had embraced the wetlands system, as Chris explained, “The feedback has been very encouraging, and the residents have taken a very keen interest in how the wetlands are functioning. It is just another bonus to a very successful project, which has been recognised around the world.”

Register your interest now for updates and availability on the latest Parklakes 2 land release.